Subaru's 1 Million Reasons to be Happy

To mark the special occasion, Jennie, of Fairfield East, NSW, was honoured by officially receiving the keys to her range-topping Forester from the Chairman of Subaru Corporation in Japan, Mr Yasuyuki Yoshinaga, this week.

Not only did Jennie gain the millionth customer honour, her family was also rewarded with a 10-day trip to Japan, including Tokyo and Kyoto. 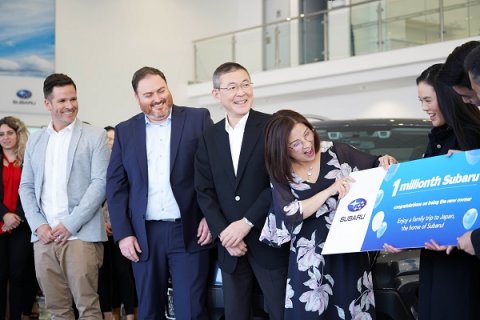 Jennie, who works in the NSW Government’s Training Services division, was accompanied to the celebrations at McGrath Subaru Liverpool by husband Phillip, daughter Jessica and son Thomas.

Also there to greet the family was McGrath Subaru Dealer Principal, Greg Hook, and the salesperson who sold Jennie her Forester, Pola Abdula.

Jennie said: “This is our second Forester and we love it. With two teenage children it’s the perfect family wagon for our purposes.

“Also, the service we received from McGraths was amazing. Pola was fantastic at explaining all the Forester’s features to me. To then find out we’ve bought the millionth Subaru has made this an amazing occasion for our family.”

She added: “Winning the family trip to Japan was a total surprise, so we’re doubly excited, as our daughter, Jessica, is planning to study there next year, so the timing is perfect!” 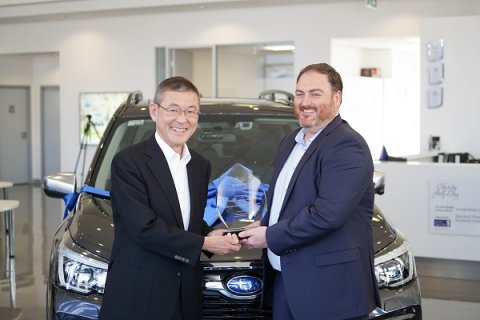 Colin Christie, Managing Director, Subaru Australia, said: “This is a historic milestone in Subaru’s progress in Australia and we’re delighted that company President Mr Yoshinaga made space in his busy schedule to join us for the celebrations.

“We’re also pleased that many of our Sydney-based staff were able mark the occasion at the McGrath Subaru Liverpool showroom.

“Since sales began in Australia in 1973, Australia has grown to become one of the top three overseas markets for Subaru outside Japan and has among the best market shares globally.

“Australia was instrumental in the early success of Outback, WRX, Forester and – more lately – XV and BRZ.

“Subaru was the first mainstream brand to achieve 5-star occupant safety ratings right across the range, from the Australasian New Car Assessment Program.

“Safety, combined with durability, engineering quality, value-for-money and retained value have long-defined Subaru in Australia and we are delighted that Jennie has chosen to join the Subaru family as we continue to win yet more loyal customers.” 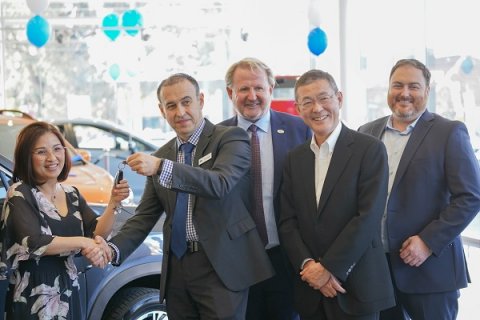 To celebrate the milestone, Subaru Australia has partnered with Channel 7 for a month of giveaways celebrating Australians who share their #OneLittleMoment.

Subaru’s #OneLittleMoment is a social campaign that aims to bring Australians closer, to reconnect and enjoy the magic of living in the moment.

This morning on The Morning Show, Jennie was handed the keys to her new Subaru Forester and received the exciting news that she had won a trip to Japan. 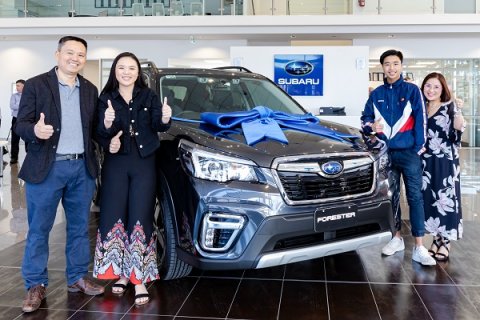 By partnering with Airtasker, Subaru is giving lucky winners precious time back in their busy schedules to experience more of life’s #OneLittleMoments.

Channel 7 talent including James Stewart, Lucy Durack, Ray Meagher and Sam Frost will appear across the network throughout the month to discuss their own #OneLittleMoments.

A Facebook Messenger chatbot will provide Australians with inspiration for their #OneLittleMoment throughout the competition period.

Subaru Australia General Manager Marketing, Amanda Leaney, said: “Since we launched #OneLittleMoment, it has been remarkable to see Australians taking the time to recognise the beauty in their everyday and share this with their friends, family and the nation.

“We are delighted to partner with Channel 7, Airtasker and Facebook to commemorate our milestone of 1 million vehicle sales by sharing the joy of life’s #OneLittleMoments with all Australians.” 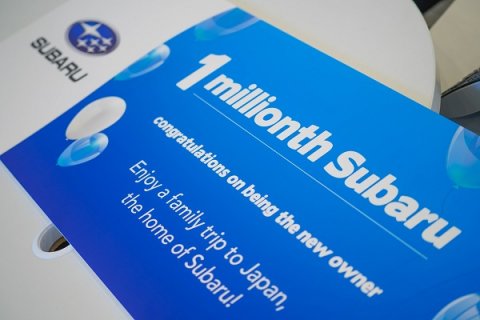 1978:The 4WD Brumby goes on sale in Australia

1980:Australian sales increase 70 per cent over the previous year, making it a top 10 brand

2006:Tribeca is launched, becoming the fifth and largest vehicle in the range.

2008:With the launch of Model Year 2009 Liberty and Outback variants, every Subaru now has electronic stability control as a standard feature and a five-star ANCAP rating. Subaru achieved its 11th consecutive year of record sales.