Subaru do Fourth on Heat 1 in WA

It was a pattern pretty much repeated across today’s four morning stages in the Les Walkden Rallying-prepared WRX STI.

Eli Evans dominated in his Skoda Fabia R5, a late substitute for his usual Mini Cooper.

Taylor and Read’s morning highlights were a couple of fourth places on SS3 Dugite 1 and the morning’s final stage, SS16 Ellis 1 – placing them fourth overall going into midday service.

That was despite a spin on SS4 Ferndale 1, which cost the pair around 10 seconds on the day’s equal longest stage, at 21.34 km.

There was more serious drama for a couple of other early contenders: Adrian Coppin’s Skoda broke a control arm on SS4 and Harry Bates’ Toyota Yaris went down an embankment on SS6, prematurely ending his day, though he is expected to re-start tomorrow.

Another fourth place on SS7, the repeat of Dugite, consolidated the Subaru do hold on overall fourth.

The second run through the long-distance Ferndale, SS8, produced an impressive third place.

The team is now well positioned for valuable points across the weekend.

Molly said: “We’ve been through the faster stages with plenty of grip, but equally we’ve struggled with a couple of minor changes, which have cost us a bit of pace, so we will be looking to resolve those by tomorrow.

“Having said that, some key competitors have had bigger issues to deal with today, so we’re pretty happy to be in fourth overall at the end of Heat 1.”

The rally concludes tomorrow afternoon after a further seven stages near Nannup, WA, with the heat totalling 109.92 km. 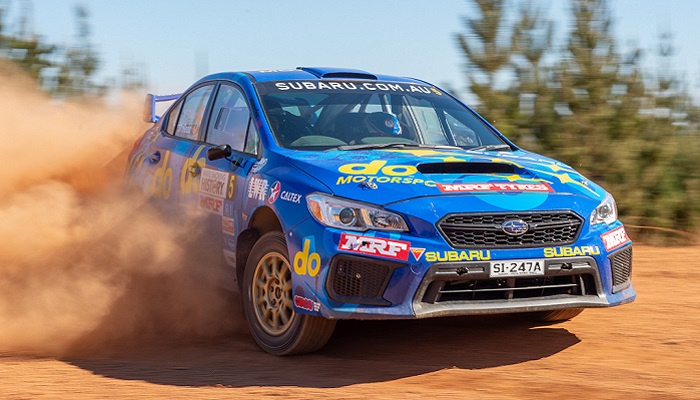