Subaru do Motorsport driver and 2016 Australian Rally Champion, Molly Taylor, has been appointed to the international FIA Rally Commission.

When former Australian representative Ben Rainsford resigned his position on the commission due to personal reasons, Molly was honoured to be considered and nominated for the prestigious role.

Molly said: “Accepting this role with the FIA Rally Commission is a great opportunity to be at the forefront of helping develop the sport on a global scale while also focusing on bringing attention to Australia & the Asia Pacific region.

“I am truly honoured to accept this position and look forward to working with colleagues from around the globe to continue developing rally to its full potential.”

As part of this appointment, Molly will now also sit on the board of the FIA World Rally Championship Commission.

The first sitting of the FIA Rally Commission took place earlier this month and focused on regional championships globally, including the Asia Pacific Rally Championship (APRC).

Molly acknowledged the championship has been struggling however is encouraged by the changes implemented this year which will see the APRC hold two Australian rounds in Tasmania (22-23 June) and Ballarat (24-25 August) as part of the Pacific Cup. 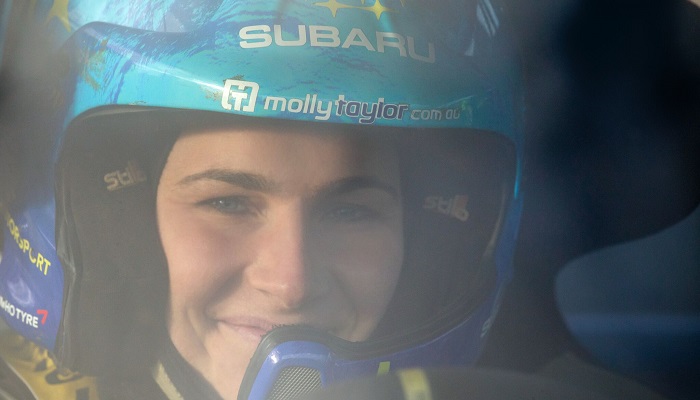