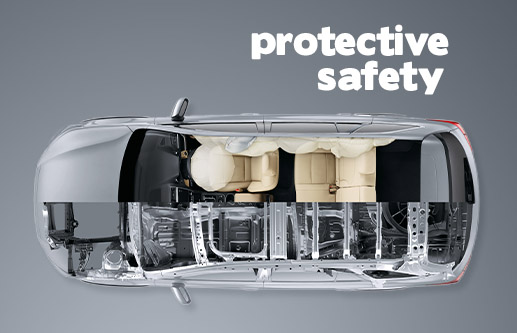 safety inside and out

Since Subaru’s very first car rolled off the production line, developing safety technologies that provide superior protection against collisions has always been Subaru’s focus. Of course, in a perfect world, collisions would never occur. However, while we can’t control every variable on the road, we can help influence the fate of people who trust their safety to Subaru. By continuously honing Protective Safety technologies, Subaru is committed to protecting both passengers – and pedestrians – in the event of a collision. From the ring-shaped passenger safety cell to the Subaru Global Platform, Subaru’s Protective Safety tech is helping it work towards achieving zero fatal road accidents in a Subaru by the year 2030*.

*Subaru Corporation (the Japanese manufacturer of Subaru cars) has publicly stated its aim to reduce the number of fatal accidents in a Subaru vehicle to zero by 2030 as well as the number of fatalities among pedestrians, cyclists and the like as a result of a collision with a Subaru vehicle. For more information on Subaru Corporation’s CSR initiatives visit https://www.subaru.co.jp/en/csr/subaru_csr/sixpriority/peace.html.

The Subaru Global Platform (SGP), introduced in 2017, is the result of years of Subaru engineering expertise which has been distilled down to deliver a new era of automotive safety and technology. Underpinning the next generation of Subaru vehicles, the platform’s chassis advancements – including higher rigidity, greater strength, lighter weight, improved crash energy absorption and responsive steering – take Subaru’s world-class safety philosophies to the next level. SGP is the future of Subaru, delivering even greater enjoyment and peace of mind to all drivers and passengers. 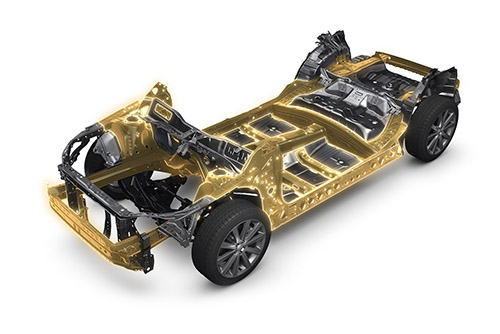 Subaru’s ring-shaped passenger safety cell has been designed to absorb and direct the impact of a collision around the cabin, rather than through it. Because you can never predict where an impact will come from, Subaru’s reinforced body frame incorporates strength and flexibility to protect the passenger safety cell by absorbing shocks from all directions. Featuring a ring-like structure that connects the left and right A, B and C pillars via the roof and floor, Subaru’s passenger safety cell ensures solid protection for you and your passengers within a safety cage that cocoons the central cabin. In fact, every component within a Subaru cabin has been designed with safety first in mind and manufactured with shock absorption in mind to protect the occupants. 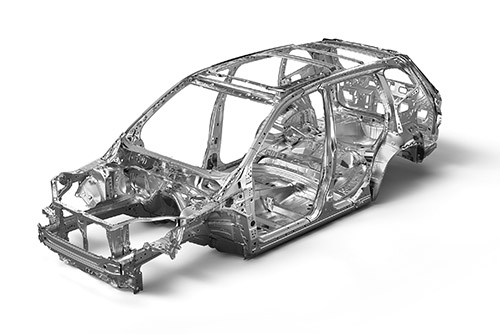 The symmetrical layout of the All-Wheel Drive system and Horizontally-opposed Boxer engine takes Subaru’s passive safety performance to a new level. With an inherently low centre of gravity, the Boxer engine enables the transmission and other components in the drivetrain to be positioned in a straight, symmetrical line. This design allows the engine to “submarine” – or slide – under the floor during a frontal collision, making it much safer than other vehicles where the engine, transmission and other components are often pushed into the cabin during a collision. In addition, the chassis structure has been engineered to include crushable zones in the event of an accident, absorbing collision energy to effectively protect passengers.

The Boxer’s low structural profile also takes into account the vital importance of pedestrian safety. With the provision of extra space under the bonnet, should the vehicle and a pedestrian collide, the bonnet absorbs the shocks to help reduce the severity of an injury if a person is thrown up onto the car. Similarly, the front bumper is designed to absorb energy to protect the legs of pedestrians from the full impact. 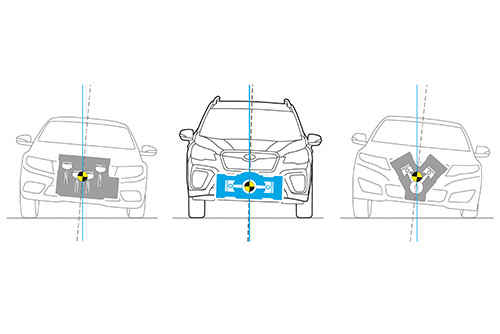 You can’t put a price on safety, which is why all Subaru vehicles are fitted with SRS airbags and restraint systems that work to protect you. Tuned to work seamlessly with the vehicle’s body structure and safety technologies are dual front, dual side torso, driver’s knee and dual curtain SRS airbags – fitted as standard in every Subaru.

The driver’s seat and front passenger’s seat SRS airbags are designed in tandem with pretensioner seatbelts to protect against injury to the most vulnerable parts of the human body – the head, neck and chest. The airbags are stored within the steering wheel pad and dashboard and inflate in a fraction of a second – when impact or sudden deceleration is detected by an array of sensors in the vehicle. In addition, energy-absorbing seatbacks and headrests cushion shocks to the head and neck to reduce the risk of injury and whiplash. 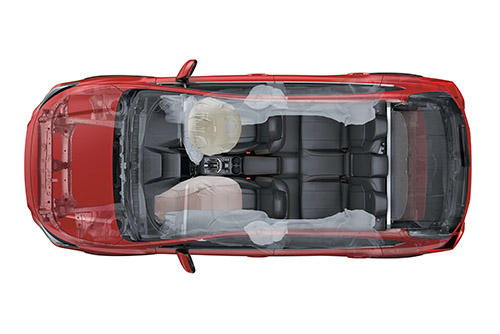 Every year, around 1200 people are killed on Australian roads. This is a tragic statistic for our country, and one that the Australian Road Safety Foundation (ARSF) has been working hard to reduce since its inception in 2007. The ARSF is a not-for-profit organisation dedicated to driving the safety of every road user, every day, to achieve a significant year-on-year reduction in road deaths and injuries nationally. As Official Vehicle Sponsor, we’re proud to be partnering with the ARSF to help deliver education and awareness programs to make our roads both a safe and enjoyable place for all Australians. It’s just another way in which we’re showing our commitment to Subaru’s latest safety vision of zero fatal road accidents in a Subaru vehicle by the year 2030**Subaru Corporation (the Japanese manufacturer of Subaru cars) has publicly stated its aim to reduce the number of fatal accidents in a Subaru vehicle to zero by 2030 as well as the number of fatalities among pedestrians, cyclists and the like as a result of a collision with a Subaru vehicle. For more information on Subaru Corporation’s CSR initiatives visit https://www.subaru.co.jp/en/csr/safevehicles.html..

One of our most recent awareness programs is focused on the safety of our children.  Together with ARSF we have launched a reminder to everyone to drive safely and take extra care around school zones because together we can make the roads safer.

Continue reading about Subaru Safety or visit our showroom to explore the range.