Launceston Les has local tips for Subaru DO

Subaru do Motorsport team will be drawing on some local expertise at Subaru Rally Tasmania this weekend, as the Apple Isle makes a return to the CAMS Australian Rally Championship calendar.

Driver Molly Taylor and co-driver Malcolm Read are hoping that the team’s wealth of local knowledge will provide some useful pointers for the 17 stages.

Team Principal and local rally legend Les Walkden has intricate knowledge of the tracks and trails outside Launceston, so the crew have been busy interrogating him on the nuances of Tasmanian rallying.

Molly also has the advantage of winning the state round in Tasmania in each of the last two years, though those events focused on stages in different locations to this weekend’s event.

Molly said: “From Les to the tech crew, Malcolm and I have been pummelling them for local insights, which could prove invaluable over the weekend.

“We’ve got a big job to do if we’re going to work our way up from fourth in the Championship – but what better way to do it than Les’s back yard!”

She added: “It’s certainly great Subaru country, so that will hopefully balance out some of the edge against the lightweight R5 and AP4-class cars.”

Subaru Rally Tasmania is supported by local Launceston Subaru dealer, Neil Buckby Motors, where Dealer Principal Crichton Lewis is a long-term participant in - and supporter of - the sport.

Subaru’s highest market share is in Tasmania, with the benefits of All-Wheel Drive coming to the fore on the many dirt and gravel roads.

Between rallies, the team conducted a test session in Tasmania earlier this month.

Molly also attended the Motor Sports Club of Tasmania’s 60th Anniversary – at which Les Walkden was recognized with life membership.

She was also a spectator at the recent Finke Desert Rally.

This weekend’s event, the fourth round of the CAMS ARC, covers 17 stages across 242.46 competitive kilometres.

Heat 1 starts on Friday with a quick burn around Inveresk Super Special Stage, which is just 0.86 of a kilometre long.

Sunday’s Heat 2 covers six more stages including the longest of the rally, the 24.99 km Lonestar Ridge 1 and 2. Total heat distance is 112.26 km, with action due to conclude late on Sunday afternoon. 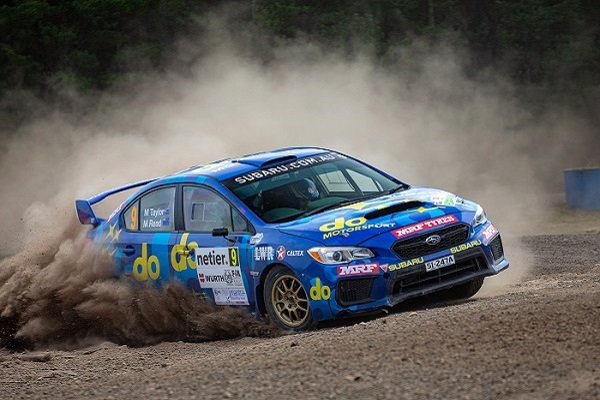