Adelaide hots up for Tour Down Under 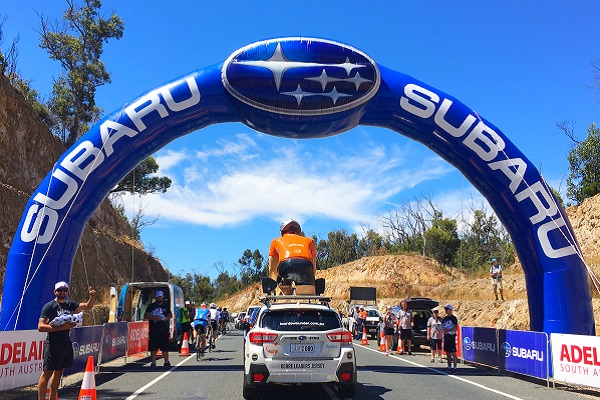 Australia's own world tour bicycle race, the annual Tour Down Under, has lived up to the hype with the 20th anniversary event showing what makes this six stage race so different.

Heat, more heat, strong winds, shortened stages and a cast of top riders has turned the usual game of cat and mouse on its head with some impressive power players from some surprise powerful players when and where it counts.

The gloves came off right from the start in what is effectively the TDU’s prologue, the 50.6-kilometre People’s Choice race, 22 laps of a 2.3-kilometre circuit which brought out solid, tactical rides from three of the best – Peter Sagan, Andre Greipel and Caleb Ewan.

Greipel (Lotto Soudal) wanted the win, Ewan (Mitchelton Scott) set himself up for victory but it was Bora Hansgrohe’s Sagan who crossed the line first in a close and thrilling finish.

The non-points race set the scene for Tuesday’s first stage, a 145-kilometre run from Port Adelaide to Lyndoch.

Billed as a sprinter’s stage, the smart money was on Ewan. But the smart money was wrong as Greipel played his cards right, held his nerve and roared out of the pack with less than 200 metres to go, coming off Ewan’s wheel to steal the lead with triple world champion Sagan to pick-up the crumbs.

Stage Two, a 148.6-kilometre run from Unley to Stirling, was tipped to be a ride for the climbers and allrounders and it looked that way from the start. 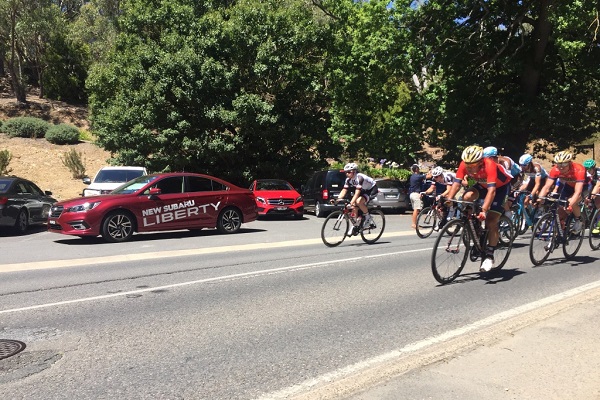 A long neutral zone led into the climb to the Subaru King of the Mountain and Dlamini again gave a lesson on the art of climbing, leading Clarke under the big blue Subaru banner to claim maximum points and keep his polka dot jersey for another day.

Job done, the South African dropped back into the peloton but Clarke stayed out front, fighting off Scott Bowden and Movistar’s Jaime Castrillo to claim the stage’s two intermediate sprints.

As the clock counted-down the minutes and seconds and the stage drew to its conclusion it was Caleb Ewan who ripped out of the pack, jumping from behind his own lead-out man, Daryl Impey, to emerge the surprise winner with Impey second, Jaye McCarthy third, Sagan fourth and Greipel lost in the pack.

Two things were obvious. The first was that Ewan, now in the coveted ochre jersey, knew how to win. The second was that the expected attack from BMC guns Ritchie Porte and Simon Gerrans was yet to be launched.

Thursday’s third stage from Glenelg to Victor Harbor was the true leveller. Hot enough to fry an egg on the footpath, race organisers shortened the stage by 26 kilometres.

It made no difference to UniSA’s Scott Bowden and Dlamini who made an immediate break on the pack rom the neutral zone in the 40-degree heat and reached for the sky, fighting hard for the Subaru King of the Mountain points.

Dlamini showed his climbing artistry once more and took maximum points with Porte a surprise third behind Bowden. Dlamini and Bowden also shared sprint honours, the South African taking the first intermediate before rolling back into the peloton and the Australian taking the second with Nathan Haas and Jaye McCarthy filling the minor positions.

At the end it was Italian rider Elio Viviani (Quick Step) coming home at a canter ahead of Bauhaus and Ewan, leaving the young Aussie in the ochre jersey for today’s fourth stage from Norwood to Uraidla.

With three stages left, the heat is absolutely on in Adelaide. 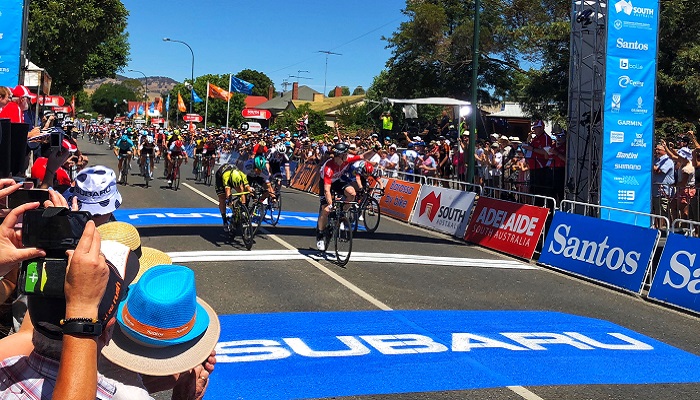