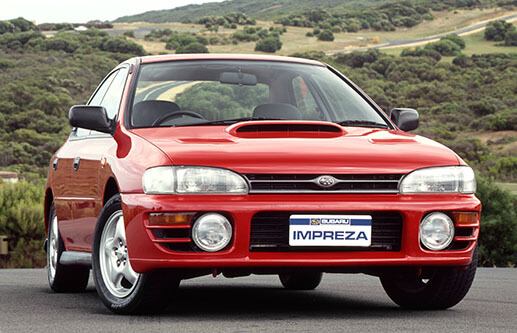 The journey of an icon. The Subaru WRX

It was the original turbocharged “pocket rocket” when launched in Japan in 1992 and since then, the Subaru WRX has become a global phenomenon.

The three letters WRX, stand for World Rally Experimental, and marked a serious assault by Subaru on the World of Rallying. WRX became an instant icon, winning three consecutive manufacturer’s championships (and the first Japanese automobile company to do so), plus a host of other success including class wins in the 24-hour Nurburgring race. For a generation, rally is defined by the blue and gold colours that is Subaru.

In Australia WRX dominated the Australian Rally Championship (ARC) with ten consecutive driver’s championships and seven manufacturers’ championship crowns that only came to an end following Subaru’s undefeated withdrawal from the championship in 2005. A come back in 2016 saw WRX take another championship win proving once again that the WRX is a force to be reckoned with. 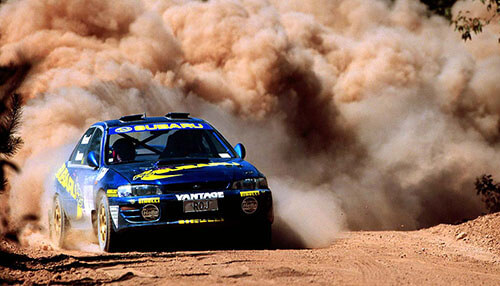 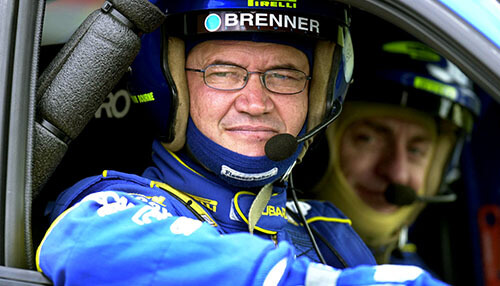 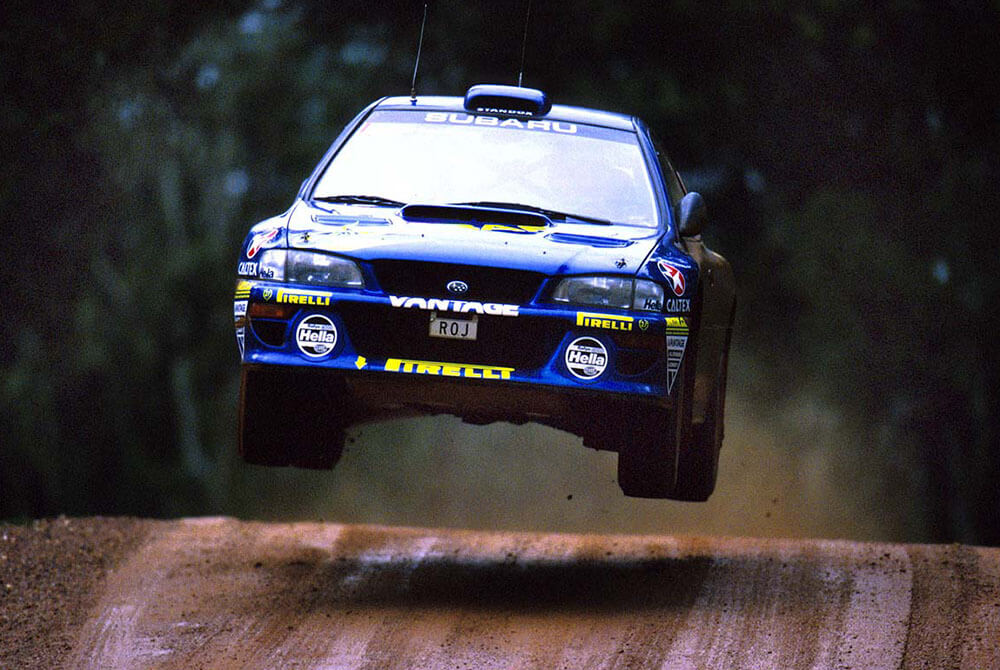 This outstanding motorsport success is a testament to, and a demonstration of, the design philosophy and product concept that successive WRX models offer.
Introduced in Australia in 1994, a key ingredient in WRX’s success was the Symmetrical All-Wheel Drive that set Subaru apart from the pack – linked to a compact four-cylinder 2.0-litre 'EJ20' turbocharged 'boxer', delivering the knock-out punch that literally set hearts racing. 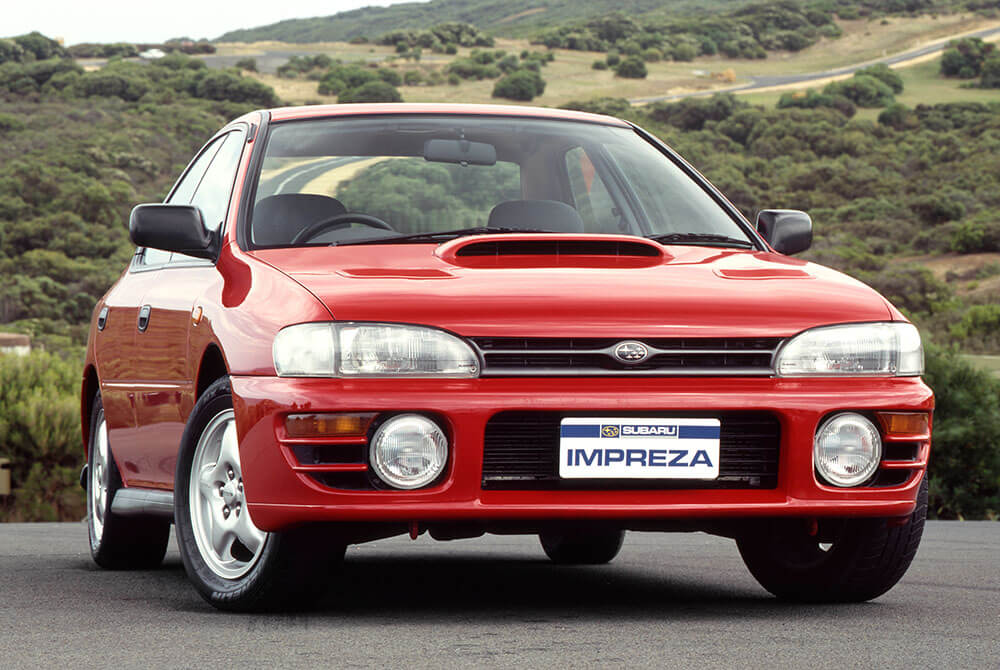 Priced at $39,990, it was seen as remarkable value in those days. But it wasn’t just price that drove WRX to five successive MOTOR magazine Bang for Your Bucks titles over a 12 year-period. It was sheer, unadulterated fun, engineering ability and solidity.

As MOTOR summarized in 2009: “The time-honoured Subaru chassis balance and adjustability still shine. It’s playful on the throttle and remains an inherently fun car. There’s a bit more purchase with the roadholding, and more purpose in its dynamic abilities.”

And that lustre is reflected in consistently strong WRX sales over the past 20 years in Australia.

The second-generation Impreza WRX saw the arrival of the ‘bug eye’ design which has gone on to become an iconic model in the Australian market. Launched in 2000, the ‘bug-eye’ headlights were polarizing at first, but its capability was undiminished – it contributed to the Impreza range winning the 2000 Wheels Car of the Year award. Such was the car’s appeal that it even justified its own Impreza WRX Festival, hosted in Canberra over three years from 2000, coinciding with the rally of Canberra. 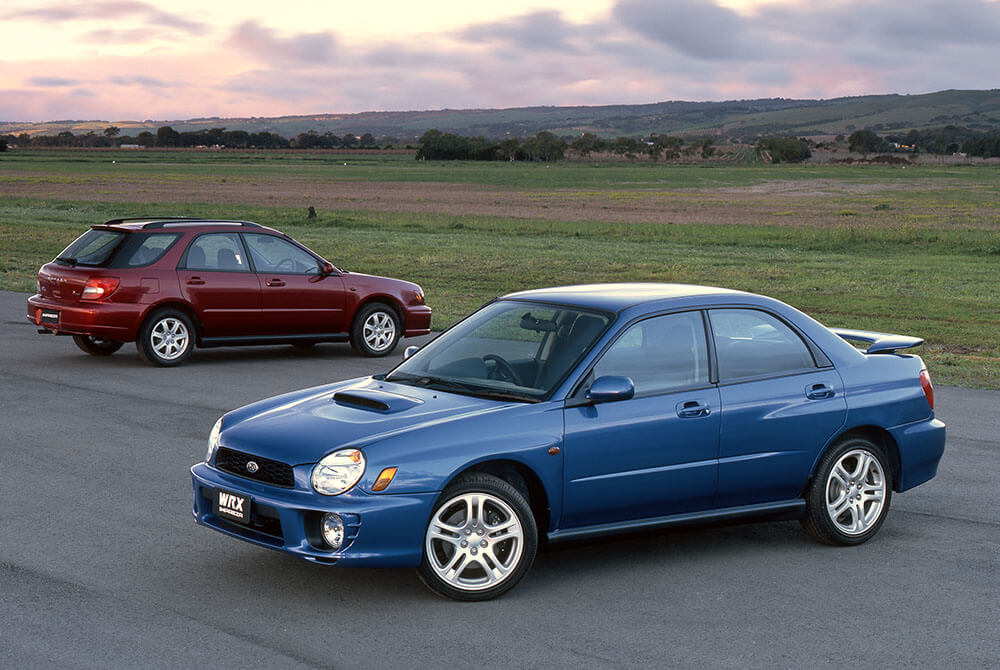 Over the next seven years, the Impreza WRX had a number of facelift designs, each named after the shapes of each version's headlights. But the most exciting upgrade was the 2006 model arriving with the addition of a 2.5-litre horizontally opposed Boxer engine delivering an impressive 169 kilowatts of power, with even better grip with torque up 6.6 per cent to 320 Newtonmetres. 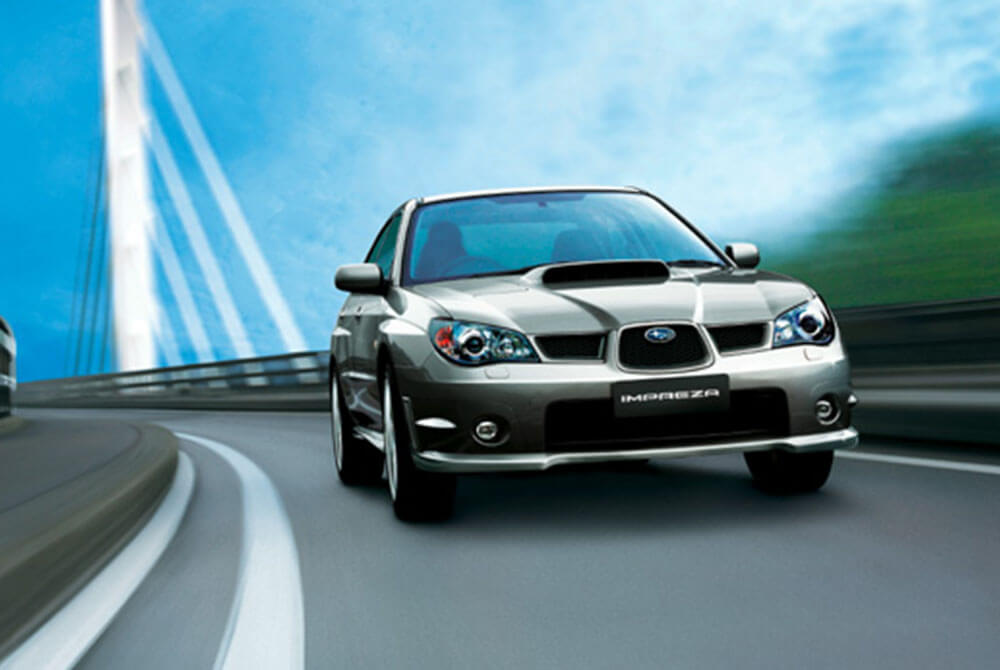 The third-generation Impreza WRX launched in 2007 and it would be the final iteration of Subaru's rally hero to offer a hatchback body style. More sophisticated, more mature and lighter it was capable of propelling you from 0 to 100km/h in a blistering 5.2 seconds. The sedan model joined the range twelve months later which bore the creative headline ‘rarely does a family have two black sheep’. 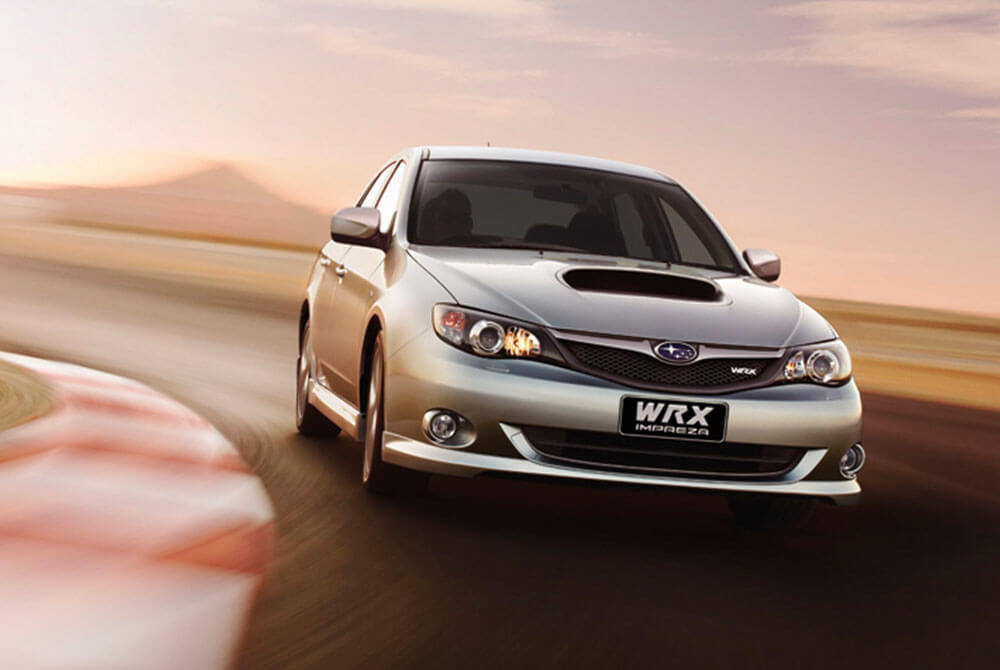 The arrival of the fourth-generation car debuted in 2014 and removed 'Impreza' from its name, spinning the 'Rex into a standalone model. The all-new 2.0-litre Direct Injection Turbocharged horizontally-opposed Boxer engine was finely tuned to deliver optimum power, torque, exhaust emissions, fuel economy and idling stability via Subaru’s Dual Active Valve Control System (DAVCS). This helped the Subaru WRX produce an astonishing 197kW of power at 5,600rpm and maximum torque of 350Nm at 2,400rpm-5,200rpm, the optimum band providing thrilling sports performance and drivability. 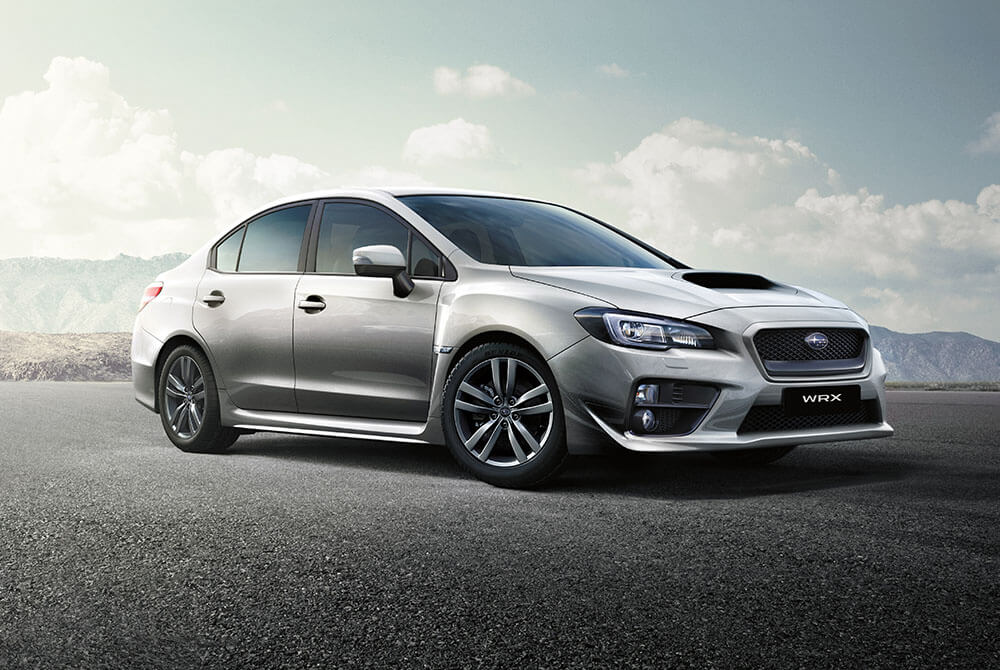 Multiple special editions over the decades and retained value the envy of competitors are yet more evidence of WRX-appeal.

Affectionately known as “Rex” by fans globally, WRX shows no sign of slowing. There are multiple WRX clubs nationwide and the signature WR (as in “World Rally”) blue colour carried by so many WRX rally and customer cars, has become an intrinsic part of Subaru’s legend.

And now, dawns a new era.

The Subaru WRX was born on the world’s stage, with the world at its feet, and 2022 ushers in an all-new, Symmetrical All-Wheel Drive Subaru WRX range featuring the iconic Sedan, and for the first time an exhilarating, heart racing Sportswagon. 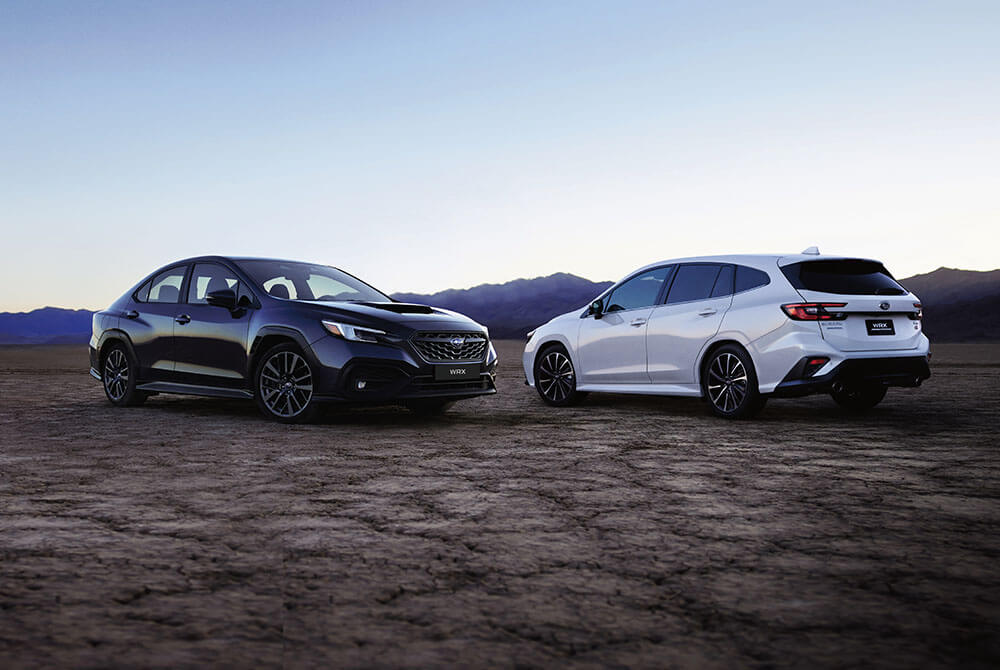 With its menacing, throaty rumble and muscular stance, the fifth generation Subaru WRX range continues to deliver on the core promise of adrenaline-pumping fun and thrills, packaged in a super-safe, robust and solidly-engineered chassis and body, that continues to set the global trend for affordable performance.

2022 starts a new generation of exhilaration.

Register your interest to stay in the loop as we begin the journey to launch for this iconic performance machine.

To learn more about our history, check out the articles below:

The history of the Subaru Impreza WRX - Part 1

The history of the Subaru Impreza WRX - Part 2

Five of the best WRXs ever sold in Australia